Windrose is informing about the opening of sales in four new directions of summer navigation. 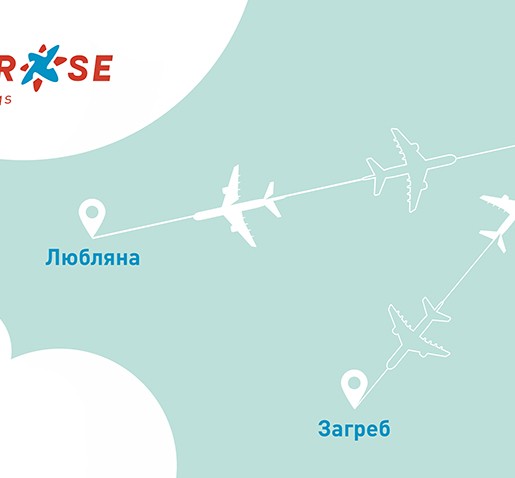 The period of flights from Dnipro to Berlin is from June 01 to October 24.Flights are operated from the Dnipropetrovsk International Airport to the Otto Lilienthal Airport in Berlin-Tegel on Embraer-145 aircraft on Mondays, Wednesdays and Fridays.

The period of flights from Dnipro to Bourgas - from June 07 to September 13. Flights are operated from Dnipropetrovsk International Airport to Bourgas Airport (also known as Sarafovo Airport on Embraer-145 aircraft on Tuesday, Thursday and Sunday. 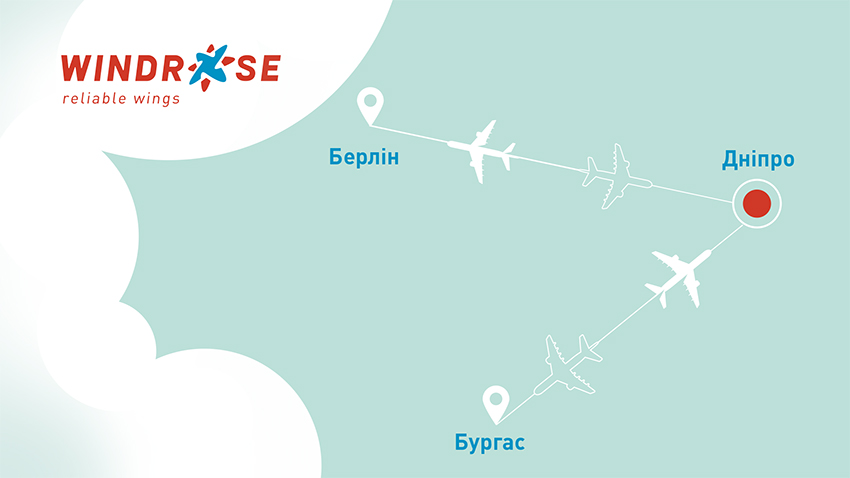 Choose tickets at the best prices on the airline’s website.

We also remind you that now the sale is open in the following directions of summer navigation:

According to the rating of the Ministry of Infrastructure of Ukraine, Windrose is one of the punctual Ukrainian carriers in 2018-2019 years. With Windrose, you can manage your time as efficiently as possible and plan your day with the accuracy of a minute.

Windrose — one of the leading tourist airlines in Ukraine with a market share of 21% according to the State Aviation Service of Ukraine. In 2019, Windrose carried 1.4 million passengers, with an average of 28 flights per day. Windrose is listed in the IOSA airline registry, which includes only 10% of the world’s air carriers and only 2 of them, including Windrose, are from Ukraine.

•
WINDROSE Airlines was established in 2003.
•
In 2007, the airline received an operator certificate and began to perform regular and charter flights under the brand «WINDROSE airlines».
•
Today, the main activity of the airline is the organization and implementation of tourist, regular, corporate and VIP flights.
•
Windrose Fleet consists of 5 Airbus A-321 aircraft, 1 Airbus A-320 aircraft and 5 Embraer ERJ-145 EU / EP / LR aircraft.

Subscribe to newsletter
You have successfully subscribed to the newsletter

Subscribe to newsletter
You have already been subscribed to the newsletter